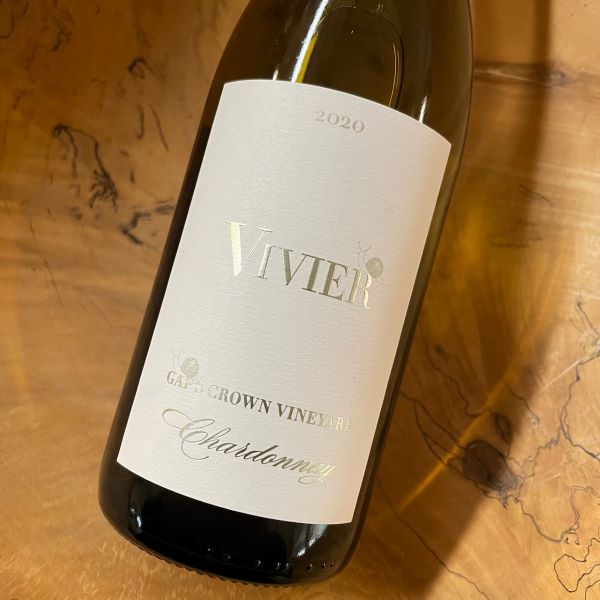 This is a ‘WOW’ Chardonnay. This newly released vintage, made by Stéphane Vivier, is stunning. Gap's Crown Vineyard, tucked on the western hillside of Sonoma Mountain, is fanned by the cool ocean breezes that push through the Petaluma Gap. Their block is between 980-1180 feet above sea level. Their rows are located over a ridgeline with a variety of exposures. It was planted in 2004 in sandy loam with alluvial gravel, uniquely iron rich. The grape clusters are small and dense. “Appetizingly mineral on the nose, with the kind of pristine thrill more often derived from Puligny Montrachet with all its white flowers, flinty and salty minerality. The palate shows a lovely density and purity of fruit intermixing with salty and all the flowery touches. The acidity is finely pointed, sharp and precise, showing an exhilarating race, length, and strength.”

While you might not have heard of Stéphane Vivier, you have probably heard of Aubert de Villaine, owner of Domaine de la Romanée-Conti aka DRC, one of the most sought-after Burgundy producers in the world. Working side-by-side at HdV Winery, which is owned by relatives Larry Hyde (of Hyde Vineyards) and Aubert, Stéphane oversaw the winemaking efforts for this Napa Valley winery and it’s here where I first met Stéphane and later, Aubert de Villaine. 77 cases were produced.