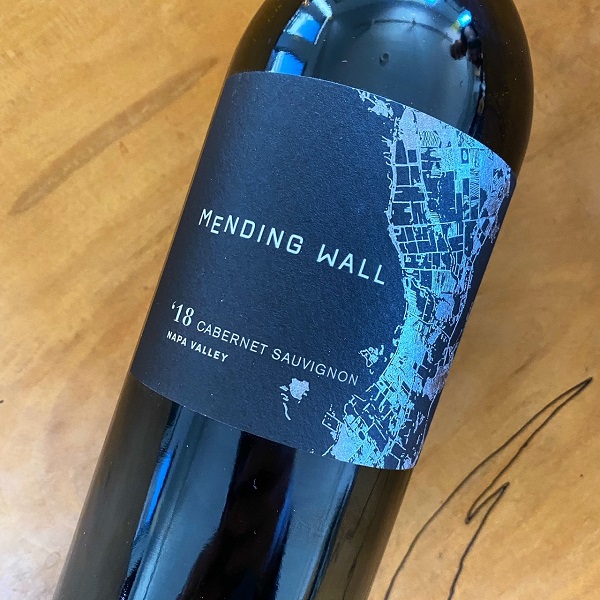 This is Thomas Rivers Brown’s best vintage yet for their Cabernet at Mending Wall. It shows power, depth, grace, and accessibility. An upfront bouquet of dark red fruit is identifiable early, giving way to dark blue and blackberry on the palate. Mending Wall is the culmination of Thomas Rivers Brown and his decades of winemaking efforts at Outpost, owned by Frank Dotzler and Pulido-Walker, owned by Mark Pulido and Donna Walker. Together, they formed Mending Wall, located on the eastern side of Silverado Trail between St. Helena and Calistoga. Here, Thomas produces wines for his numerous clients, and he also produces its namesake wines. While I have tried many vintages of their offerings since their debut in 2013, I have always found their Petite Sirah and Cabernet Sauvignon to be the best and most worthy of buying. 854 cases were produced.