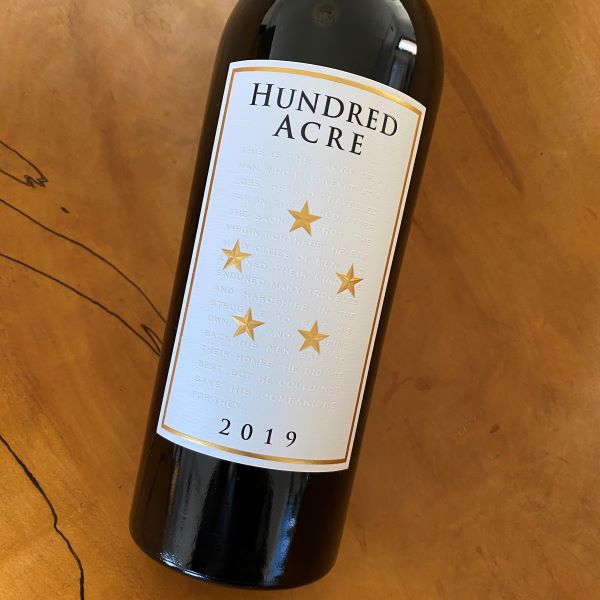 Hundred Acre’s Ark Vineyard debut came in the 2005 vintage, a few years after Kayli Morgan, now known as Morgan’s Way. Like Morgan’s Way, Ark is located at the base of Howell Mountain. It is comprised of nine different blocks of Cabernet Sauvignon, planted meter by meter in nine different volcanic soil strata. As Jayson describes it, “The vineyard stretches through a sixty-million-year time sequence: three ancient beach fronts, a prehistoric weapons quarry, and spans a 180-degree arc of the sun over its half-mile length. Hot afternoon sun known to damage aromatics in the fruit (on the hottest days), is blocked by the shade of Glass Mountain (named for the rare obsidian rock found in the soil and for ancient weapons such as arrowheads) which rises to the western side of the ARK vineyard.” The 2019 is “stunning, with a deep garnet color and aromas of blueberry pie and baked plums layered with savory notes of grilled meats and tilled earth. The full-bodied palate has opulent black fruit with warm, velvety body that finishes long and fresh.”

We were the first to take a significant position with Hundred Acre beginning with their debut 2000 vintage when I was with Dean & DeLuca and since then, we have had the opportunity to enjoy and share every release.