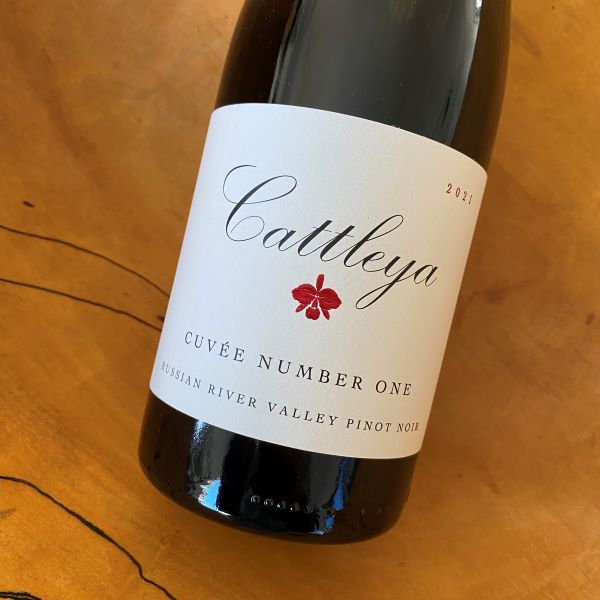 This is one of our favorite Russian River Valley Pinot Noirs. Typically selling out before reaching the new vintage, Cattleya is owned and produced by Bibian Pisoni, a recent SF Chronicle winemaker of the year. The 2021 Cuvée #1 comes from two distinct areas in Russian River Valley- Green Valley and Santa Rosa Plain, which are both influenced in their own way by the cool maritime influence. In the glass, it offers perfumed notes of macerated dark berries, fresh rhubarb, and baking spice into its deeply ruby hued core. Built upon pillars of vibrant acidity and soft tannins, supple flavors of blackberry tart and Bing cherry lead the way into a velvety, concentrated finish. 485 cases were produced.

Bibiana is Colombian-born, French-trained and the winemaker for Wayfarer. Cattleya is her own winery which has been touted as one of the most exciting Pinot Noir and Chardonnay producers coming out of California today. From working at famed Old World domaines including Côte-Rôtie's Domaine Stéphane Ogier, then at Domaine Clusel-Roch to the Bordeaux estates of Château Haut-Brion & La Mission Haut-Brion, Bibiana has been perfecting her winemaking game in California for the last decade. Her single vineyard offerings are among the best in their class and these two newly released Cuvée offerings are a must-try if you love good Pinot Noir and Chardonnay.