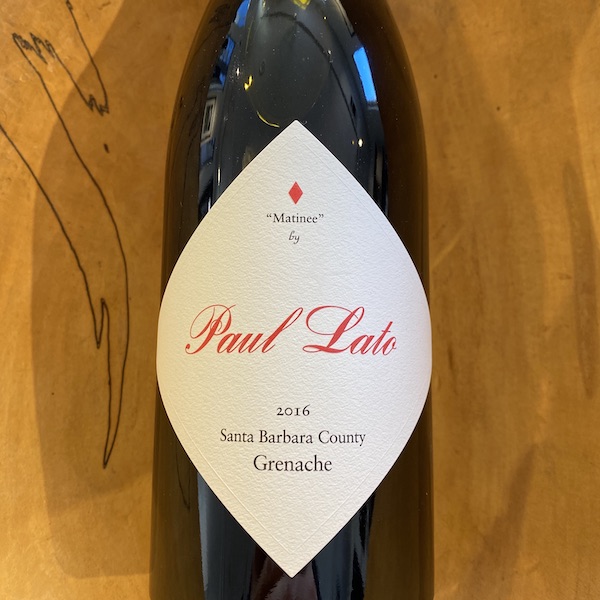 This is a fruit forward, exuberant blend of two great vineyards from two appellations in Santa Barbara County: Bien Nacido Vineyard from Santa Maria Valley, and Larner Vineyard of Ballard Canyon. Both vineyard sites bring nuances of its appellation. Santa Maria Valley shows through in the fragrant and perfumed nose with a touch of spice, while Ballard Canyon brings additional structure, weight, and power. Aged for 21 months in French oak barrels, this wine shows brightness and elegance with great food versatility. Paul Lato began with the 2002 vintage after Paul decided to follow his dream to make wine in California's Central Coast and made six barrels of wine. By chance he met Robert Parker who said, "I hear you are this sommelier who makes wine. I want to taste it." Paul sheepishly told him he had only three barrels of Pinot Noir and three barrels of Syrah. Parker said, "You are starting with the hardest grapes to vinify. But don't worry about it. I'm a wine taster and I taste everything. But, if it’s shit, I'm going to tell you." Today, Paul is making approximately 500 cases of wine that both consumers and critics love.