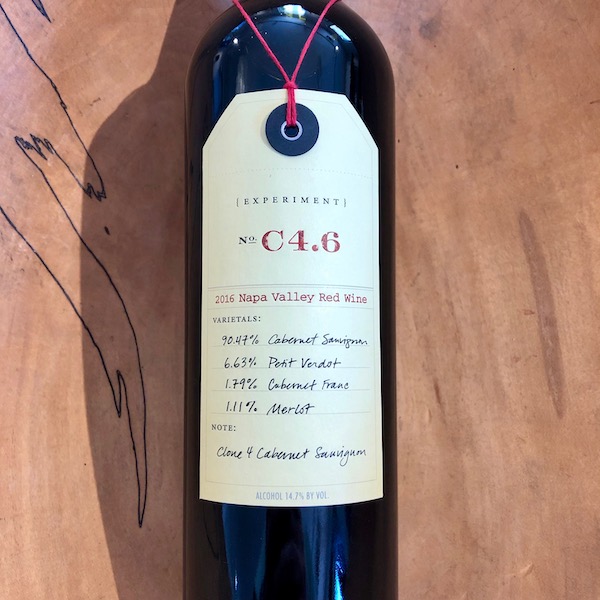 This 2016 blend is comprised entirely of Clone 4 coming from one of the blocks of Ovid’s estate vineyard. It is one of the best Cabernet Sauvignon clones to work with in Napa Valley. “Clone 4 Cabernet Sauvignon has a long and mysterious history here in California. It originally arrived in Napa Valley from Mendoza, Argentina in 1964. How it made its way to South America is still unclear, presumably with French winemakers who were leaving Bordeaux in the late 1800s as phylloxera was devastating the region. Arriving mislabeled as Merlot, its storied past was off to an intriguing start. Clone 4 was quickly recognized as Cabernet Sauvignon and has been viewed as an excellent selection ever since. We find this single selection of Cabernet offers a dense nose of fresh blackberry, cassis, black cherry, cola and dark chocolate. Rich and burnished, this expression is utterly delicious.” – Austin Peterson, winemaker.